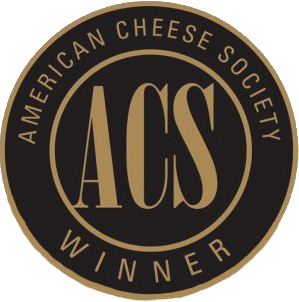 FireFly Farms celebrated 20 years in the artisan cheese business last year and nabbed another seven awards for its line of cheeses in national and international competitions.

“The past year has been busy – we remodeled the creamery, moved our Deep Creek market, launched a new website, participated in an international festival, and still managed to stay on top of the cheese making!” said FireFly Farms Director of Operations, Dan Porter. “It’s not easy, but everyone who works here, from the newest apprentice to the most seasoned cheesemaker, is passionate about what we do, and I think that makes a big difference.”

“We keep finding new ways to improve our process,” said FireFly Farms President Mike Koch, “whether it’s adjusting the amount of salt, refreshing a recipe, or tweaking the curd-cut temperature to accommodate seasonal milk changes – every little thing counts. Even after twenty years of cheese making, you know you still have a lot to learn, but of course every year we get better at the craft!”

The seven awards in this anniversary year included recognitions at the American Cheese Society’s judging and competition, the World Cheese Awards, and a first-ever showing at the Mundial do Queijo in São Paulo, Brazil:

“We’ve won a lot of awards over the years,” says Dan Porter, “but that’s really not what matters to us. Our commitment is to handcrafted, artisan cheese that uses fresh milk from local farms. People taste and value that even when they don’t know that they’re eating a medal winner.”

“I think our customers really value our focus on sustainability”, said Mike Koch. “When your milk comes from farms just down the road, when your cheesemakers raise chickens and cows at home, when you can share whey with a pig farmer and when you brush shoulders with folks every day who are making a living off the land, it really drives home the need to take care of what you have for the next generation. Our solar panels, whey-recycling program, local sourcing – it all comes from a recognition that we need to be leaders in our community.”

Long hailed as one of the best places to visit in Mountain Maryland’s Garrett County, the FireFly Farm’s market location in Accident, MD expanded this year, moving just a few blocks down the street. As before, it features FireFly Farm’s award-winning cheeses as well as other specialty, hand-selected items from the region and around the world.

Meanwhile FireFly Farms’ second market in historic Whitehall Mill in Baltimore is receiving recognition for its natural wine selection, one of the best in the city. “I suppose you could say I have a passion for wine and cheese,” says Jesse Galdston, general manager of FireFly Market in Whitehall Mill. “We pride ourselves on searching out hard-to-find bottles, whether a library release of a 1994 German Riesling for under $50, (sorry, sold out!) or naturally fermented champagne, we’ve always got something interesting to pair with your cheese.”

In addition to the two market locations, FireFly Farms cheese is nationally available through its distribution partners and can be found in several major grocery chains specialty retail stores, restaurants and via several online partners. For information or to purchase FireFly Farms’ cheese, please contact the creamery directly or visit its newly relaunched website and ecommerce platform at http://www.fireflyfarms.com.

“We’re excited to be expanding our geographic reach and making our cheeses accessible to anyone, no matter where they live,” said Mike Koch. “Our new monthly cheese subscription allows us to curate something special every month for our customers – as well as feature complimentary products from other exciting food businesses.”

FireFly Farms has opened a new and expanded retail shop in Accident. Located just ...
Learn More
0
0
Your Cart
Your cart is emptyReturn to Shop
Continue Shopping